The following is copied and re-posted from the Fall Issue of “Your Financial Security” The quarterly newsletter for clients of Freedom 55 Financial and my day job. For more information write to themeekonomicsproject@gmail.com

A recent report from the Ontario Chamber of Commerce noted Canada’s household savings rates has dropped steadily from 15 to 20 percent of disposable income in the 1980s to as little as four percent today. 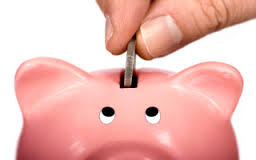 So what makes some people save while others choose to spend?

Research has demonstrated it’s at least partially (about 25 percent) ingrained in our DNA. The aversion to risk and the perception of time have both been shown to have some genetic basis.

In addition, the social preferences instilled in children by their parents affect their views on saving for the future. Perhaps past economic experiences have affected the willingness to save now.

The savers of the 1980s – those who were saving 15 to 20 percent of their disposable income – were young adults in the 1950s. The 50s were a time of prosperity and for many Canadians life was transformed by the economy which was booming. They watched their parents save when they could, not just for the future, but in advance for large purchases. The invention of the credit card in the 50s changed how North Americans lived. Shopping malls became part of the landscape and the current consumer society was born. Attitudes about saving started to change.

Thanks to the influence of their parents, these young adults continued to save well into the 1980s and early 90s. Along the way, they became the parents of the people who should be saving now.

The consumer society invented in the 50s may have influenced current lower saving rates. Today’s savers watched parents buy more on credit, rather than saving for large purchases, and experienced the booming economy of the last half of the twentieth century. As consumption grew, savings shrank.

Having the patience to save for the long term, and the discipline to live with a “don’t spend what you don’t have” mindset, sticks with some people forever. The big challenge for many parents is figuring out how to pass these principles to their children – not an easy task in an era of immediate gratification.

Researchers are discussing the impact of the parent-child dynamic on the decision to save for the future. Maybe you should be talking about it too. Your financial security advisor can help.