In the last days,
I will pour out my Spirit on all people.
Your sons and daughters will prophesy,
your young men will see visions,
your old men will dream dreams. [Joel 2:28]

I had a vision the other day!

I’ll spare you the details.  They are personal, and I’ve only shared them with one other person so far.  I shared my vision with someone I trust, a person who knows we well and could help me unpack it’s meaning.

But today, I want to talk about visions in general.  What are they, how can we seek to understand them and what to do when we receive one.

In a spiritual context visions are supernatural experiences that convey a message or carry some form of meaning.  Sometimes they come in the form of a visitor from another realm, such as an angel or a departed person from our past and sometimes they come as a picture or word about something we are thinking about.  I my case my vision was of a vivid scene from a TV show.

Because they tend to happen when we are awake visions are usually simple and easy to understand, they tend not to be wrapped up in a lot of symbolism and obscure details like dreams can be.  As a result, the interpretation of visions is usually straight forward.  If your grandmother appears to you in a vision and says, “take out the garbage” it’s a pretty safe bet that you should just do what she says.  If, however you are asleep when the same thing happens it could mean something completely different. 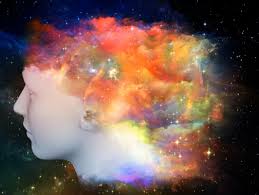 Every detail of a dream needs to be examined for additional sub-context.  Garbage might represent a habit you have or a relationship you need to jettison, indeed Grandma might not even be Grandma, she could be that part of your sub-conscious mind that represents family, or a connection to your past.

You get the picture.  Dreams and visions aren’t the same thing.

In the case of a vision that comes in the form of a picture, like mine, it can be a bit more complicated but usually the meaning is still simple enough that it’s easy to understand.

Understanding a vision is really about understanding ourselves.  Even with a picture or word vision, when you stop and think about it, you know what it means.  Sometimes you need someone close to you to help you accept the meaning and make a plan of attack but that’s not the same as understanding the meaning of your vision.  In my case all I needed was to tell someone about it, in the telling I was able to clarify what I had seen and solidify my own understanding.

So, regardless of whether you saw Grandma, a painting worthy of Rembrandt or heard an audible voice telling you to go to China, the symbolism of a vision is simple enough that you should be able to understand the meaning without a lot of trouble.  The question is, will you do it?

h Winfrey once said (and I’m paraphrasing because I can’t exactly remember how she put it) that sometimes the “still small voice” of God needs to yell at you and sometimes it needs to start throwing bricks to get your attention.  But once you start to listen, it’s always been saying the same thing.  We just need to learn to listen better.

That’s what visions are;  the still small voice of God.   Have you had any visions lately?  Do you know what they mean?  What are you doing about it?

Lauren C Sheil is a Serial Entrepreneur and Financial Security Advisor.  He helps people live life to the fullest along the way teaching them to Eliminate Debt, Build Wealth and Leave a Legacy.  Write to themeekonomicsproject@gmail.com