You can’t see it but I’m wearing a pink shirt today. 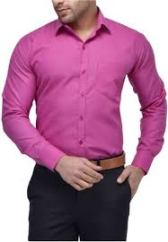 That’s because it’s Stand Up to Bullies day.

A few years ago a couple of students at a school in Nova Scotia asked their classmates to wear pink to school on February 28 because another one of their friends had been bullied when he wore a pink shirt.  A movement was born and now, all across Canada, people wear pink shirts in solidarity against bullies everywhere.

Bullying is a problem not just in our schools but in our workplaces, recreational activities and even in or governments.

The use of superior strength or influence to intimidate (someone), typically to force him or her to do what one wants.

I think the key here lies in the words “intimidate” and “force”.  The use of superior strength doesn’t necessarily mean physical either, strength can also derive from a position or power such as that of a boss or government official.

While I was reflecting on the effects of bullying today I came up with a number of examples of where and how mean and aggressive behaviour can damage us all, young and old.

Some examples I thought of. 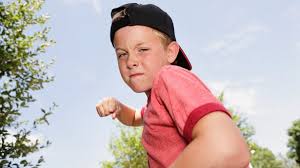 This one’s obvious and what most people think of when they think of bullies.  The physically large and pushy kid that threatens violence against weaker kids in order to get what he wants.  Every school has one and every kid has felt intimidated by another kid at one time or another.  It’s part of growing up. The real problems arise when the bully is allowed to continue his or her reign of terror indefinitely or long enough to cause lasting physical or psychological damage.

Workplace bullying is a growing problem.  I’m not talking just about a tyrannical boss here.  The source of a toxic work environment isn’t always management.  It can also result from difficult interpersonal relationships in the rank and file.  Management is ultimately always responsible for recognizing issues before they start to damage productivity and employee mental health however.  Loss of productivity due to mental health and the cost of prescription drugs for anxiety and depression are growing concerns for all kinds of businesses.  Making sure the workplace is free of bullying at all levels is a huge part of keeping these costs under control.

We don’t hear much about this one, at least not yet, but I think over the next few years psychologist may begin sounding the alarm about bullying coming from the way in which our social institutions themselves treat citizens.  Already in the province of Quebec we have seen governments try to ban certain articles of clothing and force women who’s religion requires them to wear head coverings off of public transit and out of government buildings.  This is nothing more than bullying on a massive scale. 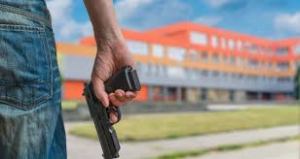 Just last week there was another mass shooting at a school in the United States.  I’m not prepared to get into a debate out gun control or mental health.  But the way in which the pro-gun lobby has approached this and every other mass shooting in recent history is also a form of bullying.  Shouting down opposition with arguments that have no grounding in facts and pandering to irrational fears about government tyranny is classic bullying tactic.

The best way to fight a bully is to organize a group (there’s strength in numbers) to confront and let it be known that their behaviour is not going to be tolerated.  The students who marched on Washington in response to the latest school shooting are one such group that is starting to fight back.  As I watched the news reports about the student protest I was reminded of similar protests that eventually had a hand in ending the Vietnam War some forty odd years ago.  It was around that time that Buffalo Springfield recorded the song “For What It’s Worth” the lyrics of that song could just as easily apply today in our fight against systemic bullying, especially the 4th verse:

Paranoia strikes deep
Into your life it will creep
It starts when you’re always afraid
You step out of line, the man come and take you away

Don’t take my word for it, check out this television appearance from 1967.

L C Sheil writes regularly about, spirituality, life and business coaching.  He is the founder and director of The Matthew 5:5 Society (formerly The Meekonomics Project) where he coaches ministry and business leaders to Live Life to the Fullest in Complete Submission to the Will of God.

Mr. Sheil has authored two books and is available for public speaking and one on one coaching in the areas of work life balance,  finding and living your core values  and financial literacy.  Write to The Matthew 5:5 Society here for more information or follow L C Sheil on twitter and instagram.