I think most people can agree that in 2018 we’re living in unique and uncharted history.

That might sound silly, all history is unique and uncharted while we are living it, but that’s not the point.

The point is that in 2018 things are very different than they have ever been before and the choices we make today can and will have lasting effects on our future.  It’s as if we are standing at a crossroads of history.  Fifty or a hundred years from now people may look back on these moments and say that the era in which we are now living was a major turning point.

History is a funny thing.  It turns all the time.  But this time somehow feels different to me and as I look back over some of the major sociopolitical events of my lifetime I see an accelerating trend that appears irreversible and that is scaring the hell out of me.

Sociologist and historians have begun to refer to our current cultural moment as the turning point from Christendom, in which most people identified, at least nominally, as members of the Christian religion to a new “Post-Christian” period.  For the first time in over 1500 years polls are showing that people who identify as Christian have fallen to less than 50% in most western countries.  And those who identify as having no religion all are the fastest growing segment of society.

What this means for our society is not yet known.  For clues we can look back to the pre-Christian period, that time before the Church became the dominant sociopolitical force but that will only give us a few clues, looking backwards can’t accurately predict the future. 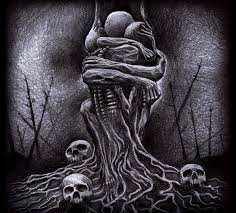 In the pre-Christian period for example the sanctity of life was not a given.  As a result, unwanted babies were simply thrown in the trash, people were bought and sold as nothing more than units of labor, conscripted into armies and treated like “canon fodder” to advance the ambitions of a despotic leader.  Human rights were practically non-existent.

Over the last 1500 years however the Church has played a big role in the slow progression away from these attitudes.  The Church wasn’t perfect but Christian monasteries were the first to take in unwanted children giving them a chance at life, William Wilborforce, a devoted Christian politician, championed the abolishment of human slavery and the Red Cross was founded to help and protect wounded soldiers left to die on the battlefield.

One only needs to look to societies where Christianity has failed to penetrate to see what our future could be.  Abortion, human trafficking and even the failure to adequately care for war veterans were once the exclusive purview of nations heavily influenced by Buddhist, Hindu or Muslim theology.  But as the influence of Christianity wanes these debates are becoming more and more mainstream.

The abortion debate is alive and well as are discussions of Euthanasia and welfare programs.  The poorest members of society continue be victimized by those with wealth and power.  Human trafficking resulting in sexual slavery and indentured servitude is happening right under our noses in every city and province of Canada while arguments regarding how best to educate our children about things like sexuality and the funding for social programs to assist the poorest among us continue to be hijacked by far-right discussions of personal responsibility.  All of this results in the restriction rather than expansion of human rights.

What is the true Jesus follower to do?

First, we must remember that Jesus was no friend of the ruling class.  When Christians align with political power the result is almost always an ugly, misshapen form of oppression.

Jesus was called a friend of sinners, relentlessly pursuing the downtrodden.  What an irony that today his followers are seen in the opposite light!  How can people love God, whom they can’t see if those of us who claim to represent him don’t respond to outsiders with love? – David Kinnaman; unChristian; What a New Generation Really Thinks About Christianity and Why it Matters

It sickens me that Christians can in one breath proclaim the love of Christ and salvation for everyone while voting in politicians who gut social programs, close boarders and deny access to health care on the basis of some misaligned morality and “traditional” values.  There is a huge disconnect and when people really study the teachings of Jesus the untruth of what many of His followers teach becomes glaringly obvious.  The sad fact is that most self-proclaimed Christians refuse to see it or try to explain it away by saying that Jesus didn’t really mean that to apply to us, just to his first century followers.  That quite frankly is heresy.

There is nothing more powerful than the Christian life lived out in obedience; there is nothing worse than a flat, self-righteous form of faith that parades around in Christian clothes. – David Kinnaman; unChristian; What a New Generation Really Thinks About Christianity and Why it Matters

Christians who endeavor to embrace Jesus stand out.  They are perpetrators and ambassadors of an entirely new way of living.  The way of Jesus is not the way of politics or religion but the way of discipleship on a completely different plain.

Jesus declares not that he has come to reform religion but that he’s here to END religion and to replace it with himself. – Timothy Keller; King’s Cross

Followers of Jesus are not perfect.  We get it wrong a lot, probably more often than we care to admit.  But our heart is aligned with Jesus, completely and totally.  No pretence, no caveats and no compromise.  We work together in community to study the scriptures and learn from one another to bet better versions of ourselves and better followers of Him each day.

If your religion does not look like Jesus, it’s heresy, plain and simple.